Note: This post was originally posted on September 11, 2010 on The Sullengers 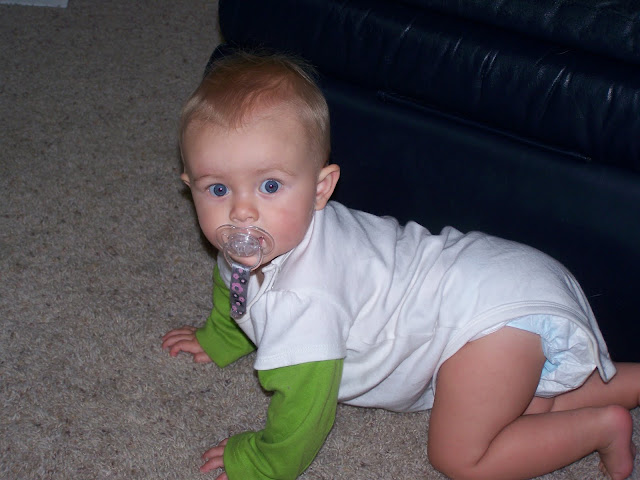 Have you ever had something you love more than life ripped out of your arms?
Today I was standing on a chair in the hallway looking on the top shelf of a closet for a phone book. It's the place in our home where we put most of the random objects we don't know what to do with. It's a mess. While I was searching, I came across a little clear binky. I remember putting it up on the top shelf to hide it from Preslee. I picked it up and couldn't help but reminisce about how much it meant to her.
The first night in the hospital the nurses gave Preslee a binky. From that moment on there was no turning back. That little piece of plastic meant the world to her, and to me. :) She was completely attached to it. I always made sure to have not only one, but two back up binkys in the diaper bag. As long as she had her binky she was as content as could be. 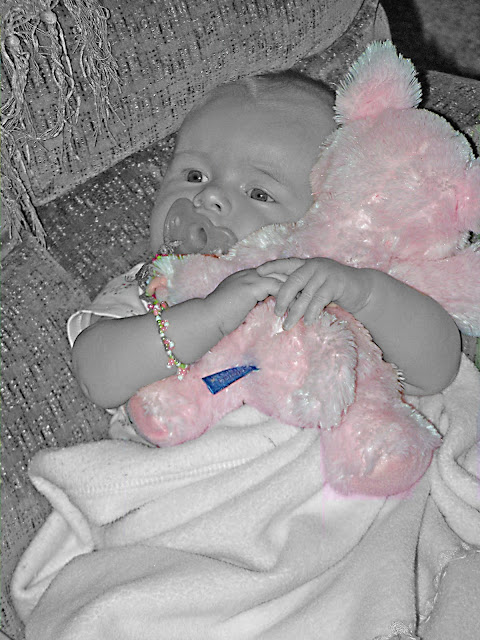 At 15 months, Pat and I decided it was time to take her prized possession away. After we tried a few things, we decided to go cold turkey. I put her to bed one night and she immediately began to cry. She wanted her bink. Once she clued in that we weren't going to give it to her, a whole different side of Preslee came out. Holy cow, she screamed like she never had before. She totally lost it. She kicked and thrashed and screamed some more. Her face went bright red. To this day I still haven't seen anyone hold their breath as long as she did all in preparation to let out an even louder scream. She screamed for hours. I can only imagine what she would have said if she would have been able to talk.
Pat and I took turns trying to console her. She didn't care. All she wanted was her binky. I remember looking at her while I rocked her and thinking, "I wish you could just understand." But I knew at that specific moment she couldn't. It was impossible. With the limited knowledge an 18 month old has, she wasn't capable of understanding that in the long run, she would be better off. This situation repeated itself the next couple of nights. I tried harder and harder to comfort her, but she just couldn't understand. I wanted so badly to run to the closet where I hid the binky and give it to her, but I knew I was doing the right thing. Taking the binky away was helping little Preslee grow.
So I ask you again, have you ever had something you love more than life ripped out of your arms?
Just like Preslee, I have too. It's painful.
Pat's a better person than I am. He's been my rock. I've never heard him ask, "Why me?" But to be honest, I have. Lately, I've asked it a lot. I've wanted so badly to understand, why Preslee? Why me? Then today as I found the binky, it hit me hard. It felt like a blow in the gut. I finally understood.
To be given the opportunity to be Preslee's mother was my gift, it was my binky. I was able to experience it for a wonderful 18 months. Then, she was ripped away from me. I was left in a state of unbelief and in a world of pain. And because of my limited knowledge here on earth, I cannot truly understand why. 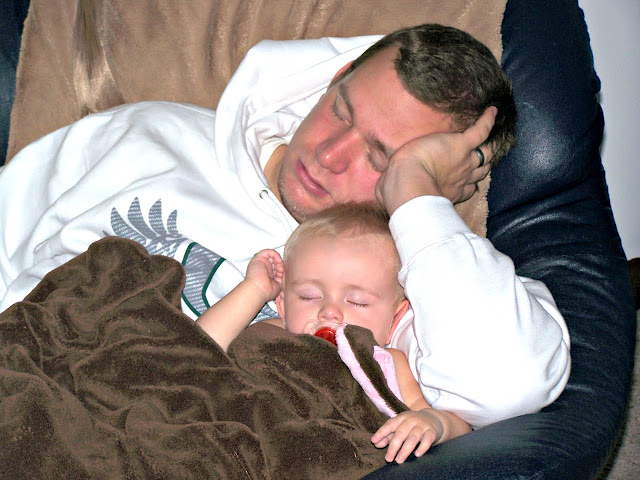 As I stood on a chair in the middle of the hallway clutching her binky I began to cry. Then I began to sob. I felt my Heavenly Father's love so strongly. I finally understood what He has been trying to tell me for weeks. It's time for me to grow. It's for my own good. It's not an easy way to learn the lessons I need to, but it's necessary for my future. His love for me became so overwhelming and I understood it hasn't been easy for Him to watch Pat and I struggle.
Even among the trials, I know my Heavenly Father loves me. Why? Because I have been given so many blessings and miracles over the past couple of months. As I think back to the girl I was two months ago, I almost can't believe I knew so little. I didn't know it was possible to grow as much as Pat and I have in just two months. As parents we often make our kids do hard things. Because we know it will make them grow. If we gave in to everything our children wanted, they wouldn't stand a chance in life. So I think that is a small part of why Preslee isn't here with Pat and I anymore. And though it seems overwhelming at times, we still have our Savior, Jesus Christ who understands the pain we feel. He's more than willing to help us get through each and every day.
Eventually Preslee learned how to function without the comfort of her binky. But it took time, and a lot of comforting from her parents. Sometimes prayers are answered in strange ways. Who would have ever thought finding a binky in a closet would answer one of mine? I know this analogy may seem crazy, but it was a powerful teaching tool for me. I don't think I'll ever be able to look at a binky the same ever again. It will always remind me how much my Father in Heaven truly cares. He truly wants the best for us.
So as I begin gathering items to put in a memory box, the binky will be the first to go in.
Share Share on Facebook Tweet Tweet on Twitter Pin it Pin on Pinterest
Back to Presentlee News